Diesel fuel, petroleum gas or diesel fuel is used as fuel for diesel engines and thermal equipment. Its hydrocarbon range is between C14-C20 and even C25 with the boiling point range of 385-250 ° C. The oil is composed mainly of three groups of paraffin, naphthenic and aromatic, with a minimum flash point of 54 ° C and a maximum drop point of 0 ° C.

Diesel fuel is referred to as any liquid fuel used in diesel engines. This fuel is extracted from the special method for distillation of petroleum from Mazut oil But there are other ways to process diesel without using oil, These include biodegradable, biodegradable liquid (GTL) and gas-to-liquid (GTL) Which global use of them is increasing rapidly. To disambiguate between various types of oil and other types, the oil type is called Diesel oil or  . A very low sulfur diesel is the standard type for diesel, which has very low sulfur content. According to 2007 statistics, almost all diesel fuel used in America and Europe is a very low sulfur content. 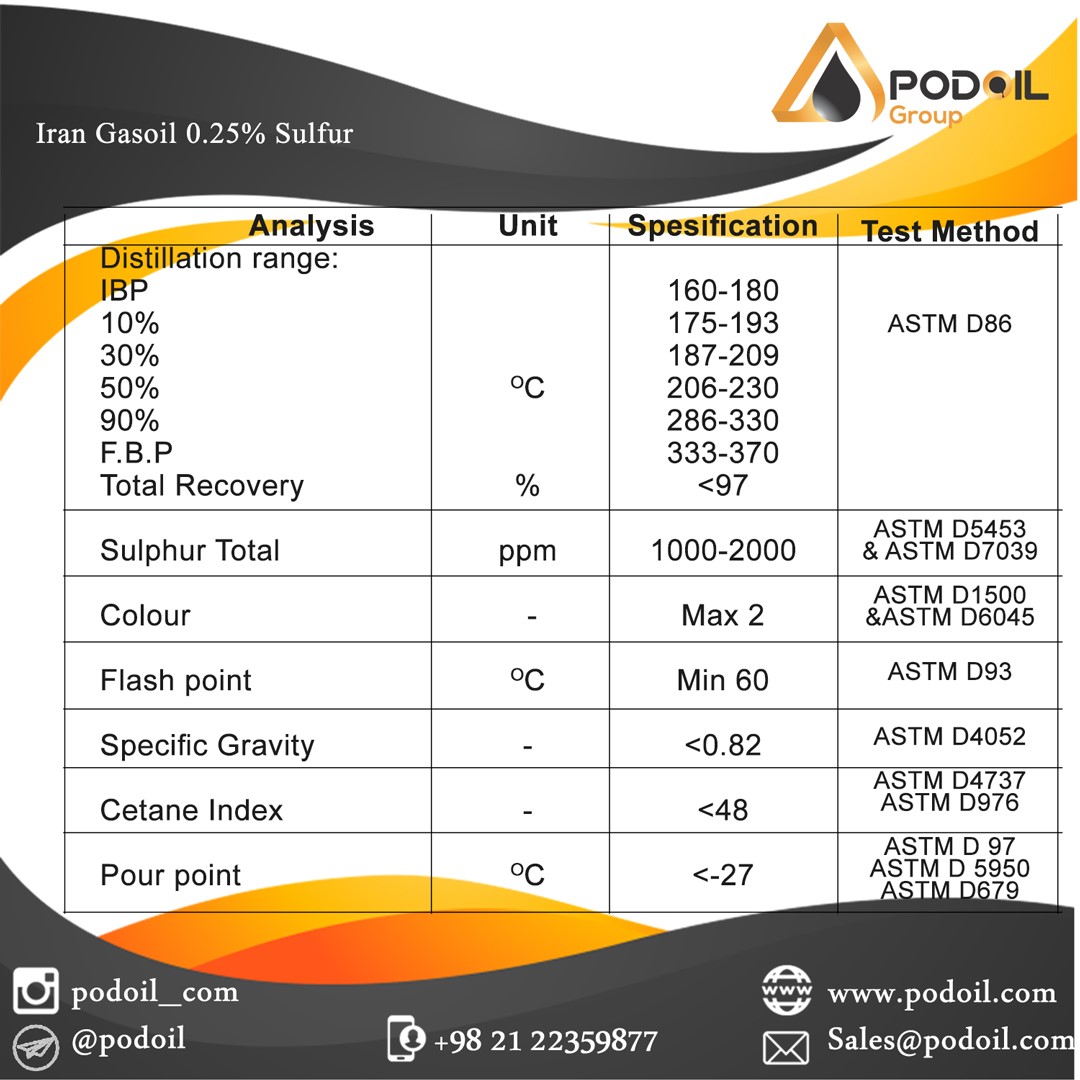 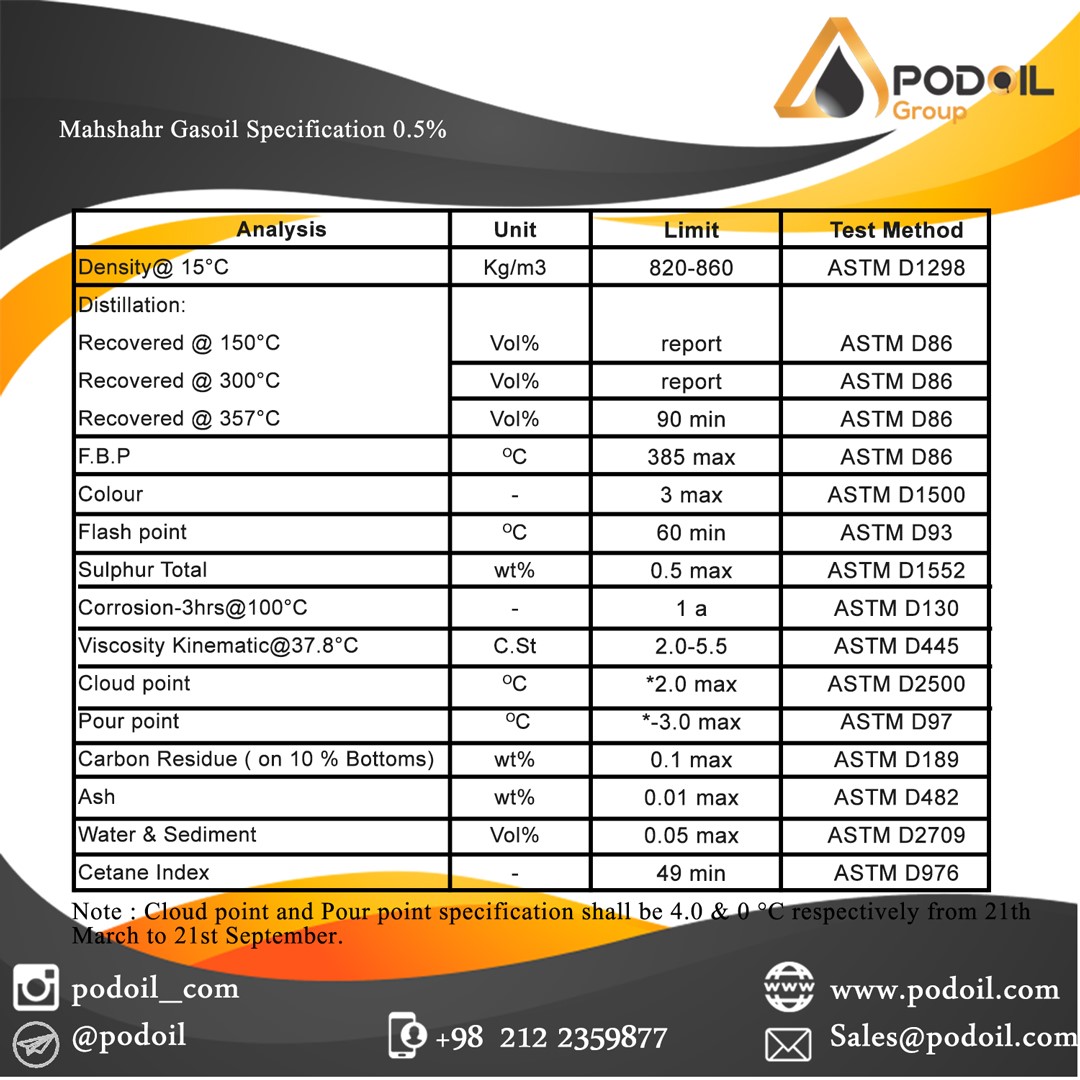 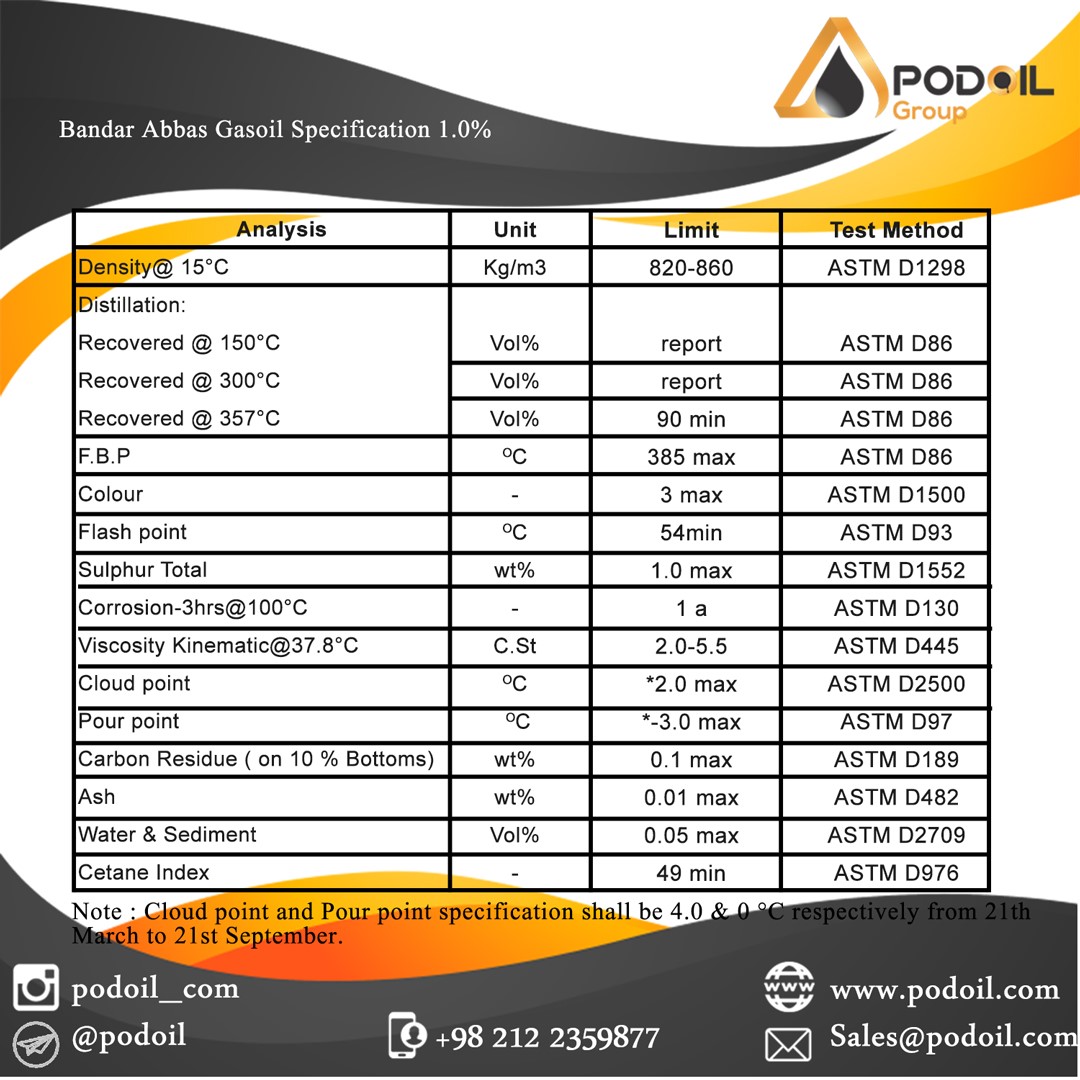