Gilsonite or asphaltum is a natural gummy hydrocarbon found in some countries, such as Iran, Iraq and the United States. Natural asphalt is similar to oil asphalt, which is usually hard and it's called with names like natural asphalt, asphaltene, asphaltenes. Gilsonite is soluble like petroleum asphalt in uintaite solvents or aliphatic solvents, and due to its similar properties, it is mentioned as bitumen with Higher softness point. Gilsonite is a black mass and some glossy minerals. It is brittle and can easily be brown or black powder.

Most Gilsonite veins are seen at a depth of two to six feet, but in some cases, it can be reached in a depth of 82 feet. The lines of Gilsonaite are connected and continue to a depth of 1011 feet. These lines have less thickness near the ground, But the closer to the depth of the ground, the thickness of it is added.

Gilsonite or asphaltum was originally presented in the form of Selects (Grain Pack) and Fines (Powder). Ores with a low softening point and with the breakdown of the oyster were identified as Selects and the stone with a high softening point with a pencillated structure (vertical fractures) called Fines. Selects because of its higher purity, good solubility and effectiveness in the three protective coatings (painting, stain, and stitching) were more valuable than Fines. The new technologies in Gilsonite processing earned every kind of impurity and gave Gilsonite a higher power so that today Gilsonite can be found with a variety of soft points on the market. 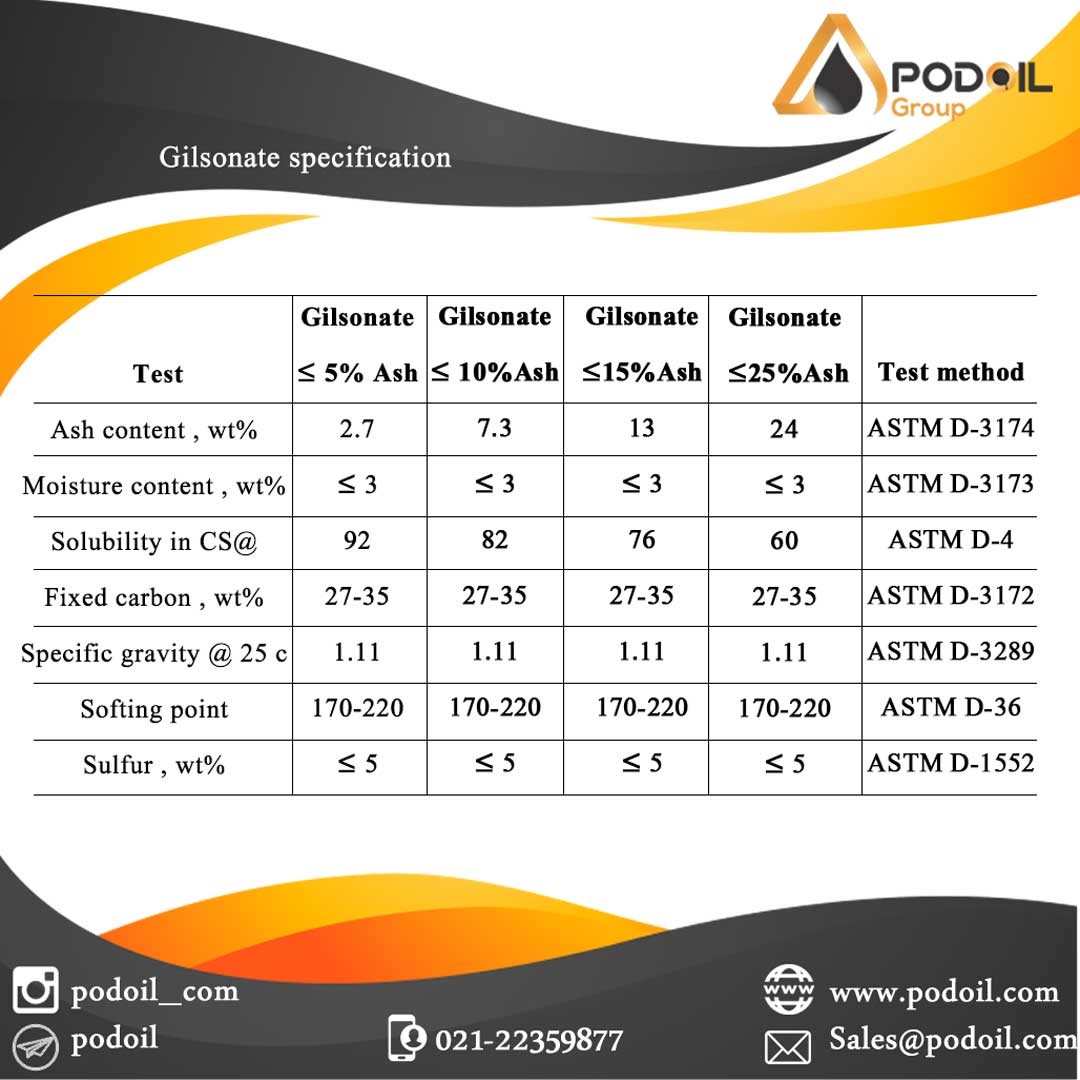